The Clay Club: SculptureCenter Returns to its Roots Last Saturday I attended the Clay Club program hosted by the SculptureCenter. Five years ago, in 2012, the SculptureCenter began hosting a block party. The outdoor party made use of its unique location on Purves Street in LIC, which was across from an open unused lot and located in a quiet dead end street. Hence the block party was able to fill the vacant space with guests who spilled out onto the dormant, decayed urban landscape, in a celebration of Long Island City’s past and imminent future.

Fast-forward to today, and Purves Street is now occupied by several shiny new high rises towering over it, bringing hundreds of new residents to the once quiet street. Thus in the Winter / Spring of 2017, the Sculpture Center staff - lead by Executive Director & Chief Curator Mary Ceruti – began the discussion of the upcoming block party with an open ended conversation about approaching it from a new angle. Mary and her artistic staff eventually arrived and settled upon an idea – throw a Clay Club event.

Click here to read the rest of our story about the origins of the SculptureCenter & the Clay Club event in LIC.

The Clay Club: SculptureCenter Returns to its Roots The Clay Club was the name of the SculptureCenter organization during its early years. The Clay Club began in 1928 in Brooklyn under the leadership of Dorothea Denslow who invited people into her studio for a hands on artistic experience. The Clay Club continued this practice and moved to West 8th Street in the Village in 1930.

From its inception, the Clay Club held an annual picnic on Staten Island, where they made clay sculptures in a natural setting. This went on hiatus in 1939 as WWII broke out in Europe and from 1941 – 1945 many members joined the service to help the U.S. win the war. When I arrived, near the end of the artistic spectacle, I saw a clay clubbing circus of activity filling the area. Moms, dads, children and all ages in between and above were milling around the site, ensconced in creative three-dimensional endeavors. Some were still engaged in the formation of their creations, while others were entranced in self-congratulatory trances quietly thinking “… I can’t believe I did that …”. But no matter how quiet they were, I still heard them.

And others were migrating from one clayclub work to another, examining what others had done, engaging in conversations, comparison and even a bit of healthy creative clay competition. It was a satisfying sight to behold, and likely and even more satisfying feeling for those who had participated. I spoke briefly to Executive Director and Chief Curator Mary Ceruti about the event and she told me some of the history mentioned above and below. And Communications & Marketing Manager, Jillian Scott, provided me with additional information, including some of what is to follow about their mission and programs, which I supplemented with information I obtained from their website and Wikipedia.

Mary told me that instead of the original plan for 2,000 lbs of raw clay, which is a full ton – that they were able to secure 3,000 lbs of clay. Based on the chimera of clay compositions I saw at the event, it seems that it was put to good use.

Where did the clay come from - I inquired. From a number of different suppliers from in and around NYC metropolitan area I was told.

How many people attended the event – I asked. About 550 in total.

What did people make with the clay – you may ask? This photo slide show contains the answer presented photographically, as it’s difficult to describe the creations of sculptures by a thousand hands – literally. In 1950 the Clay Club was renamed the SculptureCenter and the organization moved into a carriage house on 69th Street between Lexington and Third Avenue - where it remained until it moved out to its current location on Purves Street in Long Island City in 2001.

It’s worth noting that in 1953 at their 25th anniversary exhibition they featured 87 artists – not the least among them was Isamu Noguchi, as well as Alexander Calder and Louise Nevelson. The current site of the SculptureCenter was once a Long Island City trolley repair shop. The organization has retained the trolley car repair center exterior, and some of its interior as well, modified by architectural highlights such as large skylights in the ceiling.

When they first began occupation of the LIC site, there was a pleasant, graveled courtyard just to the west of the building. In 2014, in search of additional space, the SculptureCenter expanded into the front of the courtyard. There’s still some of the old courtyard left in the northwest corner of the site.

This September the SculptureCenter will be opening two new solo exhibits, starting with an opening reception on Sunday, September 17th from 5 to 7 pm. One of the exhibitors is Kelly Akashi from Los Angeles, who is in the early stages of her career. This will be her first solo institutional exhibit and she is creating new works for exhibition. Kelly works in sculpture and photography and uses materials like wax, glass, bronze, light, and air in an effort to capture the ephemerality of time.

The other exhibitor is Nicola L. who has been been exhibiting since 1960’s, but this is her first institutional survey. Nicola is French and originally from Morocco. She uses diverse types of media that she thematically connects by altering their form, and she does performance, film and objects.

Final Note – Two Different 'Sculpture Centers' with Similar Names & Urls. There are two organizations with the words sculpture & center in their names in the U.S. and thus also two websites with similar Urls. The Long Island City SculptureCenter website is www.sculpture-center.org. There’s another separate organization with the name, Sculpture Center, that has a similar website name, www.sculpturecenter.org and they are located in Cleveland, Ohio. The two are not related. 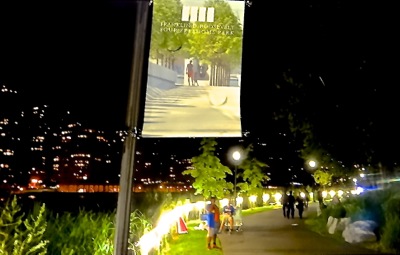 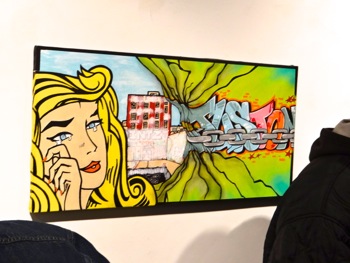