Behind The Scenes At JetBlue LIC May 19, 2012 / Long Island City / Queens Business / Queens Buzz.  I decided to take a look behind the airline ticket counter to see what goes on behind the scenes of a scrappy competitive airline upstart.  That description best describes the Queens hometown airline - JetBlue - which recently relocated within the borough, moving from Forest Hills [and Darien, CT] to the Met Life Building off Queens Plaza in Long Island City.

I spent most of my time in their operations center which handles many of the behind-the-scenes logistics.  This report will give you a close up look at what goes on behind the scenes every day at JetBlue as it prepares, schedules, executes and monitors an airline that has a fleet of between 150  - 200 planes, about 2,000 pilots, about 3,000 flight attendants, and an LIC operations crew of about 250 that runs 24/7 every day of the year. The JetBlue Operations Center is shown looking through an aquarium, in the photo above.

Click here to read our report about JetBlue in Long Island City LIC.

Behind The Scenes At JetBlue LIC May 19, 2012 / Long Island City / Queens Business / Queens Buzz. I arrived in the MetLife Building a bit early in order to pass through building security, and then through Jet Blue security.  JetBlue operates out of two and a half floors of the MetLife building near Queens Plaza at the foot of the Queens Borough Bridge.  My hosts for the tour were Edward Jones and Allison Steinberg who were both knowledgeable and courteous throughout my visit.

We walked inside of the large operations center on the 7th floor.  Inside the large open room, encompassing a sizeable portion of the floor, there were a number of work groups, organizationally located in different areas on the same room, so that they can collaboratively work together when issues arise. During my visit I had the opportunity to find out how each of these teams functions, to make sure JetBlue planes & personnel complete their appointed rounds.  The first place we stopped was the Crew Scheduling / Crew Services area.

This team monitors the crew schedules to ensure that JetBlue has the capacity to serve its flight plans.  JetBlue’s flight plans are drafted by the Dispatchers, who we will meet later in this report. The members of this group, or pod as they are called, keep track of all JetBlue flight personnel to make sure that the pilots and flight attendants are working within FAA guidelines, which generally means that they have not been on duty for an extended period of time, and they have had sufficient rest / recovery time since their last working stint. In the photo to your left is Aman, who works in the Crew Scheduling / Crew Services area of JetBlue.

This work is essentially a planning / logistics function that encompasses keeping track of pilots’ and flight attendants’ days off, resting periods and so forth.  And it also requires having enough back up personnel to slot in on a timely basis in the event of weather conditions which delay flights, and thus extend flight personnel schedules – sometimes to the point where flight attendants and pilots must be replaced because they’ve been on duty too long.

Nearby, with access to some of the same information, are the Airplane Controllers.  This team ensures JetBlue conformity to FAA regulations.  They work closely with the reservation desk, particularly in bad weather situations.  JetBlue breaks these groups This group is also essentially a planning function, with a purview that encompasses both aircraft and personnel.  This group ensures that all planes in the fleet to be put in service on a given day, fall within the FAA regulations for maintenance and functionality.  They also monitor in real time, that flight crew personnel are working within the FAA regulations, picking up where the planning team left off. In the photo above is Sam, who is one of the System Controllers at JetBlue.

This group is also responsible for helping customers exercise their JetBlue ‘bill of rights’.  The JetBlue Bill of Rights ensures that customers aren’t kept waiting too long, and if they are, they are given some sort of remuneration from $25 up to the full ticket price.  This function is coordinated with the reservations function, which is also in close contact with the ticket agents at the airports.

As the JetBlue Bill of Rights was JetBlue’s response to a huge snafu it had on Valentine’s Day 2007, when many of its customers were kept waiting - in some cases up to nine hours.  Out of this colossal error, the company responded by hiring key new personnel, modifying its practices and instituting a JetBlue Bill of Rights.  As testament to their successful response, in 2011 they were cited as one of the top three airlines to provide good customer service. monitoring includes close tracking of local weather systems, as well as total airport runway availability / capacity and a monitoring of the hour-by-hour arrivals and departure loads, versus the hourly landing / take off capacity of the airport.

Through the closed circuits JetBlue can spot where flight arrivals or departures may be delayed.  I was taken through a couple of scenarios demonstrating how JetBlue and the other airlines adjust to changing weather / air traffic conditions.

In one example there was very low visibility at JFK, JetBlue's hub.  JetBlue is the largest domestic carrier flying out of JFK, using the refurbished TWA Terminal 5 in which JetBlue invested $800 million to upgrade.  In spite of the low visibility airplanes were able to land on time by using their instruments.  As visibility improved, they were able increase the number of landings per hour, by shortening the timing / narrowing the spacing between landing flights – by working with the FAA and other carriers to increase throughput.

This team monitors several screens which are the functionality of a system they call ‘seawiz’ or CIWS.  It enables them to pull up tons of information on any local weather system in the country, diagrams of the airport runways, load capacity versus real time commitments and real time flight patterns  - frequently shown in thriller movies and TV shows.  JetBlue, along with the other airlines, have a radio frequency phone system that enables them to directly contact FAA personnel when a critical situation arises. In the photo above is Chris, one of the JetBlue Air Traffic System Controllers.

The System Operations Center team is divided into Dispatchers and the Maintenance Controllers.  JetBlue generally has between 10 and 14 dispatchers on each shift.  Each dispatcher creates about 20 – 30 flight plans per shift, which are executed by a later shift.  These plans include information about passenger and baggage loads, equipment functionality and maintenance and the crew compliance with regulatory requirements.  This information is fed into the system and is used by the operations center as a whole in planning, monitoring and closing out the flight plan activity.

The maintenance controllers monitor the maintenance and functionality of every plane to make sure it conforms to FAA regulations. So ended my tour of the operations center, but before I could take off, I was given a tour of the rest of the JetBlue offices, which included financial and accounting functions, executive management, human resources, legal, information technology and marketing.  One of the reasons for the JetBlue move from Forest Hills to Long Island City is that the proximity to Manhattan has already made hiring some of the highly educated people who live there, easier; because of LIC’s central location.

The JetBlue floors have a modern interior design that intentionally has an ‘airport feel’.  There are areas in which folks can congregate that seem like waiting areas in an airport, along with conference rooms named after airports.

As a bit of final background it’s worth noting that JetBlue was created in 1998, and became a public company on the NASDAQ in 2002.  In 2011 it generated $4.5 billion in revenue, earned $86 million in profit and in 13 short years has grown to become the 8th largest airline in the nation.  JetBlue currently flies to 71 cities, manages 700 flights per day, with between 150 – 170 airplanes.  In 2011 there were 640 million domestic passenger trips and 730 million total passenger trips on U.S. airlines, of which Jet Blue handled 26.4 million.

Having completed my flight plan, I took bid farewell and took off.

JetBlue in LIC - Photos of JetBlue Offices in LIC Queens 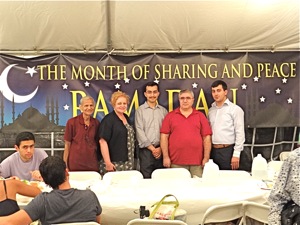 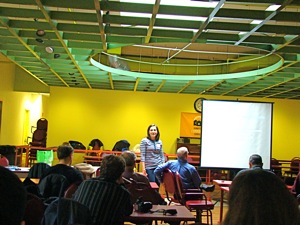 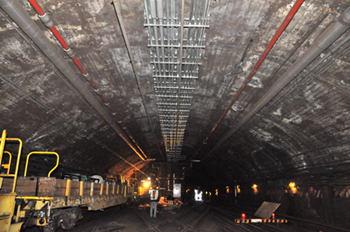 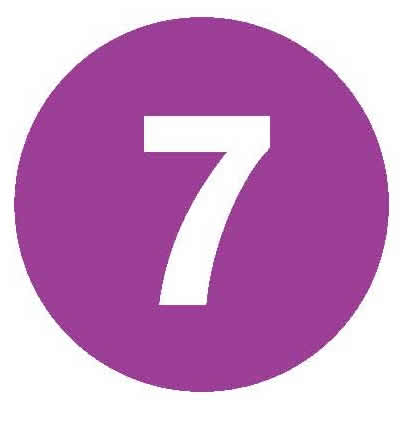 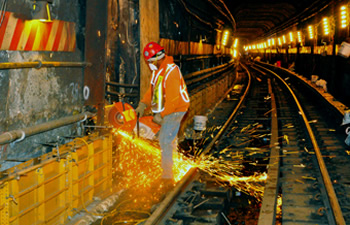