East Elmhurst / Saturday November 8, 2008. The Queens International Film Festival event was an artistic success. The talent assembled for this weekend was truly phenomenal. We were there from about 4 pm to about 8 pm Saturday night. We met Conrad Stojak, Writer / Director of 'The Woodhaven Pause' which is an intense drama set in our own Woodhaven neighborhood in Queens. We also met one of the two lead actors in the film, Bern Cohen who has also starred in several major theatrical films, including 'Brooklyn Rules' and 'Three Deaths And A Date'. Scroll down to read / view the full review of the new indie film Woodhaven Pause. This review includes excerpts from a conversation with both the writer / director and one of the two leading actors. East Elmhurst, Queens NYC / November 8, 2008. ‘Woodhaven Pause’ is an independent film produced by Queens’ own Conrad Stojak of Woodhaven, Queens. The film is about a young man caring for his aging father while trying to carry on with his own life. In this particular film, the father isn’t “quite all there” due to the loss of short term memory as the result of a stroke. And while the memory loss in the film wasn’t explicitly Alzheimer’s, the consequences and issues faced by the young man as they pertain to parental care remain the same.

We met Conrad at the Queens International Film Festival at the Crowne Plaza LaGuardia in East Elmhurst Queens. Conrad is a second generation Czech Slovak, who was born and raised in Woodhaven, Queens. The film is reality-based, in which Conrad draws heavily from his own personal experiences. In real life Conrad’s father suffered a stroke about ten years ago and Conrad, then in his twenties, was faced with many of the issues put forth in the film.

In watching ‘Woodhaven Pause’ [hereafter referred to as WP], it struck me as an important film. I found myself comparing it to movies like ‘Terms Of Endearment’ [1983] which dealt with people dying of cancer at a time when a cancer diagnosis was essentially a death sentence. ‘Philadelphia’ [1993] also came to mind, which was a seminal film about an AIDs patient which was released during the height of the AIDS epidemic. In much the same manner, the film ‘Woodhaven Pause’ has the potential to be a important film about parental care, at a time when caring for one’s parents is on the rise. The film is about the pressure, angst, guilt, anger; and real life frustration and burdens associated with caring for an impaired parent. The film draws attention to the diminishing size of the nuclear family and the loneliness of caring for an aging parent, particularly when they have an impaired mind. Conrad Stojak, the writer / director was particularly adept at portraying the emptiness and bare naked exposure to the uncertainties of life in this very real film.

As mentioned previously, Conrad borrows heavily from his experience in dealing with own father’s stroke which occurred in 1997. It was during this time that Conrad got the idea for the film, while trying to juggle the responsibilities of his father’s care with trying to live some kind of normal twenty-something life. Like the character in the film, Conrad has a complex relationship with his father and had mixed feelings about sacrificing a sizeable portion of his youth in order to care for his father. But there are many dissimilarities between Conrad’s life and the film’s main character, Miro. The acting in the film was generally quite good. Bern Cohen does an outstanding job of playing the role of the father. His accent, demeanor and movements are totally convincing as an immigrant Czech engineer who’s trying to make a go of things, while ‘looking after’ his son. Bern weaves a steady stream of authenticity throughout the film by staying true to his character and the story. When in the process of hiring Bern, Conrad insisted that Bern meet his father in order to absorb some of the reality upon which the film was based. Bern is an accomplished NYC actor who has many credits to his name, including most recently, a part in the movie ‘Brooklyn Rules’ [2007] which starred Alec Baldwin. The film was shot in about six weeks in 2006, with a cast and crew of about 25 - 30 people. As you will see in the film they shot the entire film in the Queens / NYC / LI metro area. There are scenes from JFK airport, Mother Cabrini Hospital, Jackson Heights and throughout the Woodhaven neighborhood. Conrad made a point of informing me that they used local vendors for services and food; most notably a new deli which had just opened up in the Atlas Park mall which was just blocks away from where they shot large segments of the movie. I enjoyed the cinematography of the film, including the camera angles, pensive transitions and background shots of the Woodhaven subway line and urban streets, use of the rap music during the Woodhaven street bike rides and Queens city car rides, and the close ups of the coins and pills.

Perhaps the most difficult aspect of reviewing this film was in evaluating the performance by actor JD Brown who played the lead role. I had difficulty in feeling any sort of connection with his character, particularly at the outset of the film. After his father’s [Da] stroke, Miro [JD] begins to become more believable in his character, as he seems to begin to internalize and hence portray some of the angst, helplessness and conflicted emotions one would expect from someone who’s forced to deal with all of the pressures being cast upon him, with no signs of relief in sight. But part of my difficulty in evaluating JD is that I had met and conversed with Conrad Stojak prior to seeing the film. I found Conrad to have an unusual personal intensity and depth that I didn't find in JD, particularly in the first half of the film. Naturally Conrad is the ‘real thing’ having essentially lived through much of the movie and having created all of it. So I’m going to punt on any kind of judgment and let you decide for yourselves, since likely most of you haven’t had the opportunity to meet writer / director Conrad Stojak.

The bottom line on this movie is that it’s highly relevant, intelligently written and generally well acted. It provides a thought-provoking, insider’s peek into what many people will likely experience in the coming decade as they begin to assume the responsibilities and conflicted emotions that come from caring for their parents. Click this link to go to the website of Conrad Stojak where you can obtain additional information. 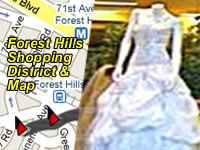 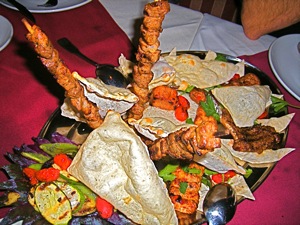