Devon Glover is the lead vocalist, who began performing for the Hip-Hop company, Flocabulary, in 2008. Flocabulary is a program that teaches students various subjects in tandem with music. So there was, as Devon warned us, some 'edutation' involved in the performance. Edutation is a combination of education and agitation, which was combined with modern fusion music which was very good .... Shawna Nichol, Devon Glover and Melissa Guttman are shown performing at PS 69 on February 12th.

Click here to read more about The Sonnet Man performance presented by the Jackson Repertory Theatre and the Jones Street Productions. February 16, 2011 / Jackson Heights / Queens Buzz. Continued / If necessary use search to find the introduction to this story. I found a good seat along the aisle in the auditorium of PS 69. Alison Ostergaard, Artistic Director of the Jackson Repertory Theatre came on stage to introduce the performers and thank those who helped sponsor and arrange the performance [see photo at end of story]. Devon Glover, the Sonnet Man, is shown performing at PS 69 in Jackson Heights in the photo to your right. Devon took the stage, dressed in a cap, jersey and jeans. Alongside him came Shawna Nichol and Melissa Guttman, the two back up singers. Daniel Lynas was the DJ in the background, who composed, mixed and played the accompanying soundtracks. The music was really sweet, just in time for Valentine's Day. It was like the Supremes doing the supporting vocals behind Eminem. A mix of 70's and 90's fusion, but without the Eminem anger. In the photo to your left is Shawna Nichol and in the photo below is Melissa Guttman. They're shown singing back up vocals ala Supremes with the Sonnet Man at PS 69 in Jackson Heights. The musical lyrics were based on Shakespeare's sonnets. Devon would break after one or two songs to 'edutate' us. The performance appeared to be about half music and half 'edutation'.

I found the music enjoyable, and the performance succeeded in refreshing my memory about many of the particulars of Shakespeare and his sonnets. A large portion of the audience was comprised of adults, so the audience succeeded in pretty handily answering the questions put to us [we did have a teacher amongst us]. There's a video on the Jackson Repertory Theatre website which includes an interview and performance by the Sonnet Man. The video includes the history of how the Sonnet Man came to be, as well as a Sonnet Man performance, but it doesn't include the performance of any of the music I heard at PS 69 as described above.

Sonnet Man workshops are expected to be offered later this year in Jackson Heights, so people can learn how to write and perform their own sonnets [to learn more call 718.874.9431 or click the website link above].

The photo above is of the audience taking their seats just before the show began. The event was sponsored by the Jackson Heights Beautification Group. Alison Ostergaard, Artistic Director for the Jackson Repertory Theatre introduced the Sonnet Man at the PS 69 performance in February 2011. 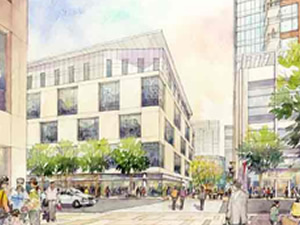 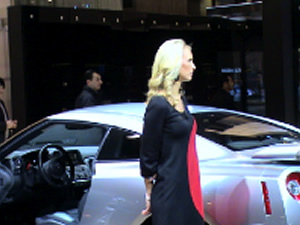