November 6, 2013 / Sunnyside Neighborhood / Queens Politics / Queens Buzz. Democrat Melinda Katz handily won the Queens Borough Presidency with about 80% of the vote, defeating Republican Tony Arcabascio with less than 18% of the vote and Independent Everly Brown who won about 2% of the vote.

Katz's victory was expected given that the borough is comprised of about 80% Democrats and less than 20% Republicans.

Bill de Blasio's victory was also expected, as the polls had shown him leading Republican Lhota by a wide margin. It's worth noting that there hasn't been a Democratic NYC Mayor since Guiliani won the position in 1994, some 20 years ago.

Some pundits believe that this election was a referendum on the Bloomberg Administration. Bill de Blasio's campaign theme of the 'Tale of Two Cities' - meaning the wealthy and everyone else - appears to have struck a resonant chord with NYC voters.

We wish both de Blasio and Katz the best in the coming years and hope they will govern wisely.

Click here for prior Queens Buzz election coverage and politics in Queens. Update / September 17, 2013 / Queens Buzz. Thompson ceded to de Blasio and there won't be any runoff. So de Blasio goes onto face Lhota in the November General Election.

Election Night / September 11, 2013 / Queens Neighborhoods / Queens Politics / Queens Buzz. Melinda Katz received nearly 45% of the vote in the race for Queens Borough President. Peter Vallone was the runner up with nearly 34%. Everly Brown captured nearly 13% and Tony Avella whose name was on the ballot, but had dropped out of the race, won 9% of the vote. Katz will go onto face Republican Tony Arcabascio in November.

Bill de Blasio was the winner of the Mayoral primary, but at press time it initially remained unclear whether he won over 40% of the vote which would preclude any runoff against Thompson who was the runner up with 26% of the vote. Some paper ballots remained to be counted which could have swayed the tally. Christine Quinn, once the front runner, won only 16% of the vote and Queens' John Liu came in fourth place with 7% and Anthony Weiner netted 5%. On the Republican side Joe Lhota won 53% of the vote, beating out billionaire John Catsimatidis who netted 43%.

The general election will be held on Tuesday, November 5th.

The 'Machine' is Back September 10, 2013 / Queens News & Opinion / Queens Buzz. You can imagine my surprise this morning when I arrived to do my civic duty and vote for the candidates of my choice.

I saw the old voting machines and asked what had happened to the newer scanner voting machines we'd used in the general election only a year ago. The people facilitating the voting process didn't seem to know the answer to that question.

So I went online and found that the New York Times had posted a story on Sunday, explaining that the Board of Elections had decided to use the older machines for the primaries, while promisingthe newer machines would be ready for the general election.

The NYT had been told by the Board of Elections that the older machines would enable them to report the results more quickly and accurately than the new machines, so that if there were any runoff, they could turn things around in time. But - help me make sense of this - then the Board of Elections goes on to tell us that the newer voting technology isn't good enough to be used in the primaries - where at least 80% of the races are decided.

I think it's also worth noting that the Board of Elections is controlled by the two major parties [Democrats & Republicans]. Mayor Bloomberg blasted the Board in his radio talk show. Hmm, wonder why. Story & photo by Michael Wood. April 15, 2013 / Queens Government / Queens Buzz / by Michael Wood. I attended a Mayoral Forum last week at NYU in Manhattan where the six Mayoral candidates answered questions posed by Brian Lehrer of WNYC. The event was hosted by the Furman Center for Real Estate and Urban Policy and the topic for discussion was real estate development, housing and urban policy.

One of the things I learned was that NYC has record numbers living in its homeless shelters and that over 20,000 school age children are now living in homeless shelters. This topic came up time and again and all of the candidates said that the current administration was clearly not doing enough to address the problem.

The candidates also talked about all of the new development projects going on in NYC. Many of the candidates said the Administration was not negotiating hard enough to obtain more concessions / better deals from NYC developers who have profited greatly by virtue of help and incentives given by the city.

We'll have more on these issues at a later date. Story & photo by Michael Wood. March 14, 2013 / Flushing Corona / Issues Facing Queens / Queens Buzz. The USTA has asked the city of New York to give it .68 of an acre of Flushing Meadows Corona Park so that it can proceed with an expansion plan. The expansion plan is estimated to increase the sports complex capacity for the U.S. Open by about a third, while increasing the USTA footprint in the park by .68 of an acre. The USTA informed the audience attending the Community Board 3 meeting that this will result in more jobs in Queens. They also talked about the positive estimated annual $784 million economic impact that the USTA has had on NYC - according to a study done by a private consulting firm named AKRF, Inc.

The detractors informed the audience that this is the first step in a much larger effort toward a massive privatization of Flushing Meadows Corona Park by several large, well-funded corporate interests. The opponents talked about three other proposals which were not a part of the USTA plan. These other proposals to develop private interests on public parkland include the development of a shopping mall by a private investment group in tandem with the owners of CitiField; 2) a condominium / hotel complex done by another group of private investors; and 3) a 13 acre soccer stadium by Major League Soccer, which is also a privately held corporation. While I was attending the Community Board 3 Meeting in Corona, all six Queens Borough Presidential candidates were attending a forum about the issues facing Queens at the Greater Astoria Historical Society in Astoria. The issue of turning over public parkland to private interests came up during the forum. To date only City Councilmember Tony Avella has come out against giving up public parkland to private interests. NY Senator Jose Peralta is the only other candidate to take a stance on the issue, but only on one of the proposed developments, namely the erection of the MLS Soccer Stadium on 13 acres of FMC Parkland [which he conditionally supports if MLS fulfills all of their promises]. All four other candidates have taken a wait-and-see stance on the issue. February 21, 2013 / Astoria News / Astoria Neighborhood / Queens Buzz. I attended the Community Board 1 meeting on Wednesday night where the Parks Department unveiled their draft plans for the new performance space in Astoria Park. The presentation included a brief history of the Astoria Pool Diving area where the new performance space will be installed, as well as draft details of what is planned.

City Councilmember Peter Vallone was credited with securing $4.5 million in NYC funds for the project, which he described as a beginning. There were a number of Astoria and Queens arts groups present at the meeting and they made comments following the presentation. We’ll post more about the Astoria Park Performance space later.

Click here to go to the Astoria Neighborhood section of this site, or on the photo above for other Astoria News briefs.

Click this link for promotions, discounts and coupons in Queens.

Astoria Things To Do - Astoria Events 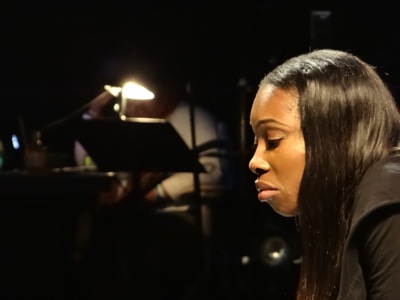 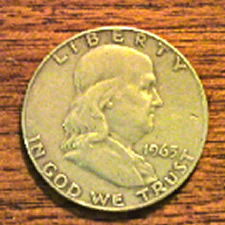 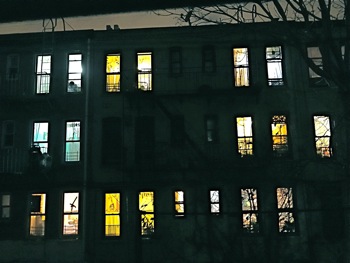 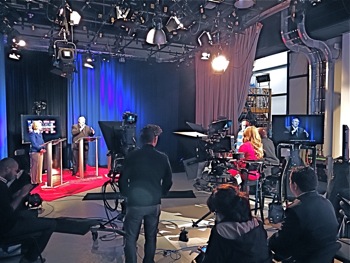