Sunnyside / January 25, 2010. Sunnyside Gardens Park is one of only two privately owned in the greater New York City area. The only other privately owned park is Gramercy Park in Manhattan. In 1926 the park land was bought by City Housing Corporation, a development corporation, which was in the process of creating the Sunnyside Gardens residential area which is now an historic district that spans the area from 43rd Street to 50th Street, between Skillman and 39th Avenues. That same year [1926], Mayor Jimmy Walker hosted the opening of Sunnyside Gardens Park. In 1926 City Housing Corporation was in the middle of developing a ‘model residential community’, designed along the lines of English garden apartments, for moderate income working class people. The private park was intended to provide residents of the new development complex with playground space, given that they had small backyards.

There’s a house in the middle of the park, which at one time had been used for games of bridge, a nursery school and even a theater. But it burned down in the early years, and the money from the insurance was used to buy the two parcels of land that now comprise the park entrance. A simpler structure was built later which is now currently occupied by a full time grounds keeper. In the ensuing 84 years, the park has maintained itself through membership dues, rummage and bake sales, and community service [see long standing park member, Dorothy Cavallo to right]. While membership in the park fluctuates, there are currently about 300 memberships, most of which are comprised of local families. To become a member, these families pay membership dues and provide twelve hours of service to the park, helping monitor the park activities, manage events, and help with the various administration aspects of the park. As we understand it, membership is open to area residents.

The park is administered by two boards; one of which is an Executive Board comprised of four members, and a second board comprised of fourteen members. Representatives of these boards, play an active role in the management of the park, as I have met several of them while covering events hosted by the park. The park hosts a number of events that are open to the public. Many of them are centered around public holidays like St Patrick’s Day or Halloween, while others are the hosting of community arts events such as an outdoor Shakespearean play by a local theater group and had the weather permitted, the Sunnyside Film Festival.

Members-only events include a Camp Out Night and various other events including Spring and Fall cook outs. But perhaps the real privileges of a park membership are the use of the park baseball diamond, it’s basketball hoops, its shady and expansive picnic area and its beautiful clay tennis courts [extra fees may apply]. 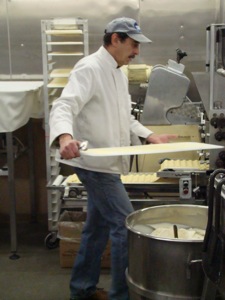 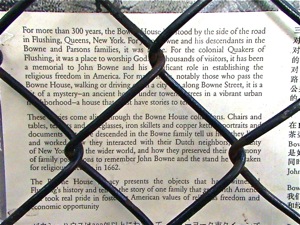 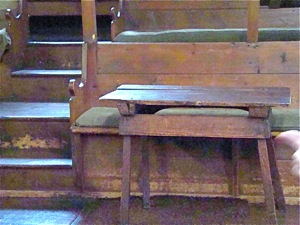