January / Sunnyside / Queens Buzz. The Turkish Cultural Center is just off Queens Blvd at 45th Street in Sunnyside. They are located on the second floor, and as I entered a number of people were standing near the second floor entrance listening to the speaker at the podium. The speaker had just begun her slide presentation about the origins and significance of Ashura or as we say in English, Noah’s Pudding.

Inside the main room all of the seats were full. The crowd consisted of people of all ages, from babies to grandparents and all ages in between. Most members of the audience had been born in Turkey, but some members of the audience were also born here. All but a couple of the older folks spoke fluent English and based on the conversations I had during the event; it appears that most folks in attendance were from Sunnyside or a nearby neighborhood. Ashura, as mentioned in the introduction, commemorates the safe landing of Noah’s Ark on dry land after a long, tumultuous flood. The story of Noah’s Ark is known by most Americans, but I’ll briefly summarize the event to refresh your memory. Noah was told by an angel that a flood was coming to rid the world of evil. Noah was instructed to build an Ark and board his believers on it, along with a male and female of every animal he could find. Noah complied and in doing so he and his followers survived the flood. An area dedicated to Noah's landing the ark at Mount Ararat is shown in the photo to your left.

The part of the story that I had not heard previously is that toward the end of their voyage on the Ark, they had nearly run out of food. To prevent hoarding and fighting over precious little food, Noah instructed the passengers of the ark to bring to him every bit of food they could find on the ship. As this was late in the voyage, the only things left were dried fruits, nuts, beans and some grain. Noah took the ingredients and made … Noah’s Pudding. Shortly after they ate their meal, Noah’s Ark landed at Mount Ararat. As part of this celebration we were all given a container of Noah's Pudding. I was informed that the pudding we were about to eat was made of chick peas [garbanzo beans], dried apricots, walnuts, almonds and pomegranates. It also had a bit of cinnamon on it, and some ground pistachio nuts to spice it up. All in all it had a lightly sweetened taste, and soft soothing texture. A photo of the pudding is shown to your left. The young speaker informed us that she’d once tried to make Noah’s Pudding herself. She told us about the ingredients she gathered, the time spent marinating the items and the process of cooking it. At the end she told us that it took too long to make and she was quite happy to let her mother resume the role of cooking it the following year. On this occasion Alime Turan, mother of the Center VP, was the creator of the Noah’s Pudding. The presenter who told us the story of Noah's Pudding is shown in the photo to your right. After the presentation I conversed with several members of the audience. One had a medical degree and was working in a hospital, while the other had just finished her degree in marketing. One of the couples had recently had a baby, who remained quiet throughout the entire evening. And there was also a little toddler who inquisitively but quietly roamed the aisle during the presentation. They were all living American lives, but through the center, are able to retain a connection to their cultural identity. This is a shared theme I have experienced while exploring other cultural and religious centers throughout the borough. See for yourself by clicking this link to go to the Ethnic and Religious Culture In Queens section of the site.

Noah’s Pudding is an event meant to commemorate sharing. Sharing without regard to the religious or political beliefs of those with whom you share. The idea is that, like those survivors on the Ark, we must learn to share with one another because that is the only way the planet will survive. And so on this day we feasted on Noah's Pudding to commemorate an important lesson that Noah and the passengers on the Ark figured out a long time ago and through this tradition pass on this important lesson.

Photos Of Turkish Culture In Queens

Click here to go directly to the album containing photos of the celebration of Noah's Pudding at the Turkish Cultural Center in Queens. Click the double arrows to flip through the show at your own pace. Slide show to be added later. 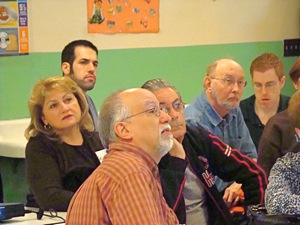 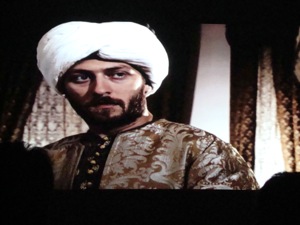