Long Island City / February 2009. The Noguchi Museum is one of the most renowned modern cultural institutions in Queens. The museum was purchased by Isamu Noguchi, a sculptor, in 1974 and made into a museum in 1985. It is the first museum started by an artist to house his own work.

We've had the pleasure of touring the museum a number of times, including shortly after it opened in the late eighties. It has come a long way since those days, when it was rather bare and raw. Today the museum has a largely finished look in its main and upstairs galleries, while on the lower level, there remains a resemblance to that first stark encounter I had with the museum many years ago. There's also a beautiful garden, which was recently renovated and in which musicians perform during the summer months. See the Queens Events section for details. Noguchi was born to a Japanese father and American mother who never married. Over a long career, spanning between sixty and seventy years, Noguchi created many works of art ranging from stone scultptures, for which he’s best known, to furniture, architectural drawings and mixed media works. He was rather highly inventive and the museum does a nice job of displaying the range and quality of his work. I had the occasion to visit the museum in 1989, at the invitation of a friend, only a year after Noguchi’s death. The museum was still very raw, with the street level exhibits very open to the garden as I recall, and not a lot of his work was on display. At the time the neighborhood of the museum was very empty and industrial - a world which was very much away from Manhattan.The museum’s primary focus is the display of Noguchi’s works and education about it. Noguchi was a prolific artist who supported himself regularly by creating stone busts of wealthy patrons and famous people. The museum changes its exhibits a couple of times each year. The museum includes a sculpture garden which was just opened for renovations. There's also a lower level classroom which is used primarily as an education / lecture hall. On the second floor there are three rooms which today contain some of his metallic, woodwork and mixed media designs.

The museum recently finished a major renovation, including making significant adjustments to the garden, which was initially designed around a 75 year old tree that unfortunately fell in Spring of 2008. The museum offers community programs for children as well as adults, many of which are taught in the lower level classroom. The entrance to the museum is located on Vernon Blvd near 33rd Road.

Click here to view a map of the location of the Isamu Noguchi Museum in Long Island City Queens New York City. 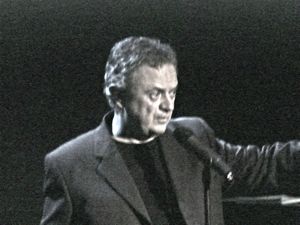