Continued / Sunnyside / November 20, 2010 / Queens Buzz. The dance competition was entitled Dancing With The Stars Of Our Community. It was a clever title that explained exactly what it was, while alluding to the popular television show.

About ten pairs of dancers had signed up to compete, and while judged by a panel, the audience would ultimately decide the winners. The Judges included Veronica Reyes, Wellington Lora Jr. and Chris Kitson. The dancers from Frank Sinatra School Of The Arts are shown to your right. As I arrived most folks were either seated and dining, or lined up to do so. In the photo to your left are a few of the items on the menu for the dinner portion of the event.

The auditorium had been nicely decorated with festive balloons, paper stars and stage lighting. While the auditorium has a very nice stage, the competition was held out in the middle of the auditorium, so that everyone had a good seat and the dancers had ample room to perform.

Dancing In Sunnyside - The Stars

There was definitely a latin influence in many of the performances which included the salsa, the mambo, merengue and the tango. These were matched against several American classics including the Cha-Cha, the Foxtrot and the Hustle, as well as an old European classic, the waltz. In the photo to your left Laverne Mason-Howard and Ernesto Abreu are doing the Cha-Cha. This fundraising event was held with the intention to develop a Sunnyside unit of the club, because the current clubhouse is located at 21-12 30th Road in Long Island City, which is quite a distance away from Sunnyside.

Vincent Renda, Chairman of the Sunnyside unit, informed me that they will have raised enough money to fund programs for about 40 to 50 kids in Sunnyside. While the Sunnyside unit hasn't yet found a locale, they expect to do so by the end of the year as the programs start in January 2011. In the photo to your right are Vincent Renda and Vanessa CP Lockel [middle], two of the event organizers.

The first programs for the Sunnyside unit will include some sort of sports activities on either a Friday evening or a Saturday. The program will include about two hours of athletic recreation and another two hours of something like the movies and a snack. They also plan to host a Wednesday night program which will focus on leadership and team building, undertaking activities like grafitti clean up or meeting some other social need in the community. There were hundreds of people in attendance [the headcount was over 250 attendees] including a few I have met at other events such as Unity Stage Company producer / director / actress Sofia Landon Geier, publisher of the Sunnyside Post Christian Murray, Sunnyside Shines director Jim Bray, Woodside Herald photographer / reporter and independent graphic artist Patricia Dorfman and independent photographer J.M. Gurrado, for whom we have to thank for a number of the photos included in the slide show below. In the photo to your left is a photo of the very engaged audience.

The Winner Of The Dance Competition - Sunnyside Nancy Brooks and Henry Falconi won the trophy [standing center left in the J.M. Gurrado photo to your right]. But in the end it's the kids and community of Sunnyside that turned out to be the big winners this evening; as soon new Variety Boys & Girls Club programs will begin in Sunnyside.

Many thanks to Vincent Renda, Vanessa CP Lockel and Terence Hughes for their help in providing much of the information contained in this report, as well as for their roles in helping the youth of the Sunnyside neighborhood through the Variety Boys & Girls Club of Queens. It's also worth noting that there are plans afoot to make this an annual event in order to maintain funding for this program.

Photos Of Dancing With The Stars In Our Community

The following slide show contains photos of the event. Click here to go directly to view photos of the Dance Competition In Sunnyside At St Raphael's Auditorium for Variety Boys and Girls Club. 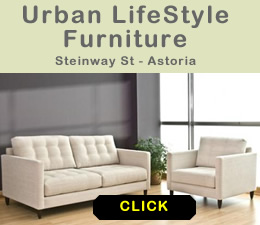