Financing & Incentives For Business in Queens

The purpose of the breakfast panel was to raise awareness of the municipal and state incentive programs and financing options available to the Long Island City business community. The programs are directed toward owners, managers and operators of local businesses with the intent of creating or enhancing jobs creation in the Long Island City neighborhood. Many of the programs are also available in other geographies in New York City and New York State.

Each panelist began by providing us with a summary of the incentives and financing with which their agencies or organizations can generally assist. This was followed by a brief Question & Answer session, and then a networking period.

You can search for the entities named above and contact them for further details about what programs they offer that might help you finance / save money while developing your business.

January 20, 2016 / Long Island City Neighborhood LIC / Queens Real Estate / Queens Buzz. I attended a special meeting by Community Board Two this evening along the waterfront in Long Island City. The meeting was arranged to give the community in LIC an opportunity to review the proposal being put forth by the owners of the Paint Building on Vernon Blvd. They're proposing the development of a large residential complex, a part of which will rise 28 stories high.

The plans included a very innovative East River waterfront access along with a wide pedestrian walk way from Vernon Blvd to the East River. The promenade wiill be privately owned and operated, but made available to the public during the hours that the nearby parks are open. Other parts of the presentation touched upon the environmental clean up required for the site, which like other parts of Long Island City and neighboring Greenpoint, were once the site of very large oil storage containers that one now finds in New Jersey. The community raised a number of concerns including questions about the impact on the transportation infrastructure and the addition of school seats, both of which haven't kept pace with Long Island City's rapid real estate development in recent years. And there were concerns that the 'affordable housing units' would turn out to be unaffordable to current residents, as has turned out to be the case with the affordable housing developments made during the Bloomberg years.

After the presentation there was a Question and Answer session as well as a period during which the public could make short statements. In some ways the last statement was the most interesting because it was accommodated by a visual. Kenny Greenberg, a local businessman and artesan showed his own beautiful rendition of the Paragon Paint Building which we obtained a copy of from him which is shown below right. Kenny sent it to us with the caveat that it's not precisely drawn to scale, and that it doesn't include the 13 story tower that was proposed in tandem with the 28 story tower that is shown in the slide to your right. The point of Kenny's visual statement is that it's a huge change to the look and feel of Vernon Blvd and will dwarf all other current structures in the neighborhood. We also heard from residents that the addition of over 300 new apartments in that area will significantly impact parking space and traffic, given that the current proposal only calls for 24 parking spaces.

It was an interesting meeting, with plenty of pros and cons surrounding the proposal, of which we publish a bit more before the meeting.

The Paragon Paint Building proposal will be voted upon at the next Community Board Two meeting on Thursday, February 4th at 7 pm, at the Sunnyside Community Services building on 39th Street just off Queens Blvd. Stay tuned. May 18, 2015 / Sunnyside & Long Island City Neighborhoods / Long Island City Real Estate / Queens Buzz. In the first two segments of our series on the Sunnyside Yards we took a look at the history of transit and real estate development as the two went hand in hand.

We’re then going to explore the public policy issues associated with building such a platform over Sunnyside Yards, giving consideration to infrastructure such as transit, schools and neighborhood businesses, as well as to environmental issues and the current affordable housing crisis. We will end this report with a look at different strategies the community / neighborhood could employ to block, guide or embrace a development over Sunnyside Yards. Grand Central Terminal 1871. When Grand Central Terminal was first erected in 1871, the terminal was essentially located at the northern end / outskirts of what was then considered the densely packed and rapidly growing New York City. While the first modern elevator was showcased in the mid 1850's, elevators didn't go into public use until the 1870's after the concept had been refined. In the 1880's elevators were run on electricity, not steam, and buidling high rises in New York City and elsewhere took off. The Dakota on the Upper West Side was one of the first great high rises and it was erected in 1884.

Platform Over Rail Yards Now Park Avenue 1903 - 1913. Building up over rail yards began at the turn of the 20th century when William J. Wilgus coined the phrase "taking wealth from the air". It was he who first proposed monetizing the air rights of New York Central and Hudson River Rail yards, which ran north along what is Park Avenue today. Platforms were built over the rail yards which terminated at Grand Central Terminal at 42nd Street which was no longer on the northern edge of the growing city, but it was also not yet the Midtown we know today.

We'll continue our series regarding the development of Sunnyside Yards at a later date.

Queens Economy On The Mend

Overall Employment Up, Unemployment Down & ... more There was a large contingent of Queens government officials in attendance of the presentation - ranging in office from Borough President-elect, to City Councilmembers, to State Assemblypersons, to State Senators [see photo].

The news was good of course, as the Queens economy is on the mend. Unemployment is down, in spite of a growing labor force. And total jobs in Queens are estimated to be up 12,000 to about 882,000; while the private sector employment in Queens represents over a half million of that number. The event was sponsored by the Queens Economic Development Corporation.

We'll post more about the changes in the Queens economy later this week / month - including some contrarian points of view we picked up on the street. In the meantime you can click into a report we did about the different categories of Queens employment we did in March 2011, or into an update of Queens unemployment picture which we did in December 2012. And just last week we posted an update on Queens current unemployment statistics versus NYC and prior year. Enjoy.

Unemployment Down & Labor Force Size Up You can see in the chart to your right that the unemployment rates for both NYC [broken lines] and Queens [solid lines] in 2013 are lower than in 2012.

While the unemployment rates remain high relative to historic norms, part of the reason is that the labor force is growing again as people enter or re-enter the workforce in search of jobs in an improving economy. In NYC as a whole, employment has grown by nearly 65,000 positions versus October of 2012, and now stands at 3.7 million jobs. Queens employment is up about 12,000 new jobs and now stands at approximately 882,000 positions. Queens makes up about a quarter of the workforce of NYC. State of the Borough Address 2013 As she's done the past few years we've been covering this event, she took us through each category of borough administration, recounting the efforts of her administration since she became Borough President in January of 2002.

Generally things in the borough look fairly good, given the givens [challenging economy & Sandy]. And based upon her presentation, it appears she's been a good steward of Queens borough affairs. Click here later this week to read our full report on Helen Marshall's State of the Borough Address 2013 for Queens. 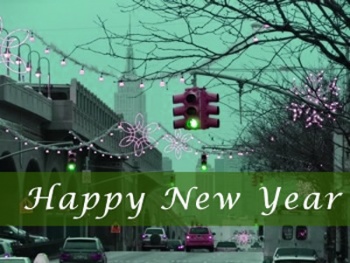 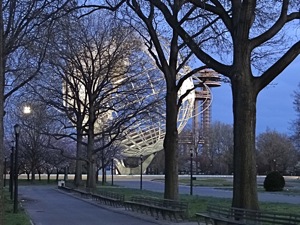 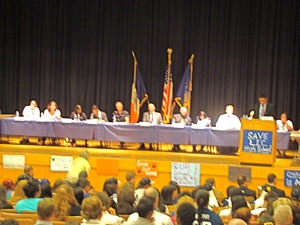 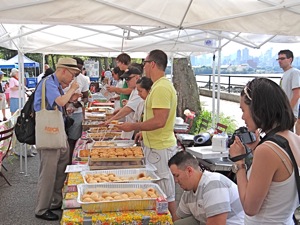