Part III. A History Of Building Over Rail Yards In New York City On this leg of the journey in our report series on Mayor de Blasio's proposed development of Sunnyside Yards, we take a more in-depth view of the history of real estate development of the air rights of rail yards in New York City. So with no further ado, let's continue.

The photo to your right shows the vision of

William J. Wilgus who coined the phrase "taking wealth from the air" as it was he who first proposed monetizing the air rights of New York Central and Hudson River Rail yards, which ran north from Grand Central Terminal along what is Park Avenue today.

This was an example of the ingenious thinking of the time, as he leveraged a new technologies, by electrifying the rail system, lowered the rail tracks and built platforms over them. I took the photo above right, of what I believe to be a 1902 graphic of his vision, which I found at a public exhibit in Midtown. We return to the dawn of the 20th century, when horses and carriages were still one of the primary modes of inner urban transit, but this transportation mode would relatively quickly be replaced by the expansion of the trolley car system and eventually subway system in New York City. In 1900, according to historian Dave Lawyer, there were only 8,000 automobiles in the entire nation.

Overland transit between cities was a mix of horses and carriages and the rail roads, but over the course of the 19th century rail roads had become the most reliable means of long distance overland transit. Lawyer says that in 1900 there were 200,000 miles of steam rail and 14,000 miles of electric rail ways which were primarily for street cars and rail ways serving urban areas.

The photo at right shows the Penn Station rail yards circa January 1908 as plans for its erection over the rail yards were getting underway. Pennsylvania Rail Road built Penn Station which was opened to the public two years later in September 1910. The station, one of the great New York City landmarks, was demolished amidst much public furor beginning in late 1963.

We'll continue with our report series about Mayor de Blasio's proposal to develop the air rights over Sunnyside Yard a bit later today or in the week.

Part III. A Brief History Of Building Over Rail Yards We'll continue working on this over the course of the next week or two. The photo at right shows a segment of Sunnyside Yard looking north and west toward Queens Blvd [at right in photo]. Mayor de Blasio proposed developing / erecting buildings over the yards to ease the housing crisis in New York City.

While we're not independently wealthy, we do our best to provide independent news coverage.

So if you like what we're doing, and can spare a few bucks, you can help us continue to provide you with first source, balanced and independent coverage of things going on in Queens by making a purchase for as little as $5 - which is less than what you'd pay for one issue of a print magazine containing somewhere between little and nothing about Queens in it. Click the button for details on how to keep these posts coming. 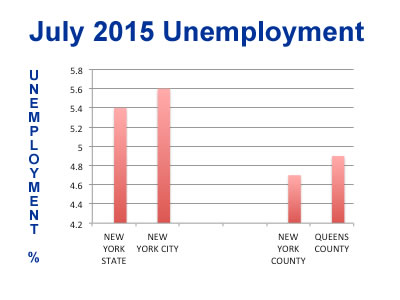 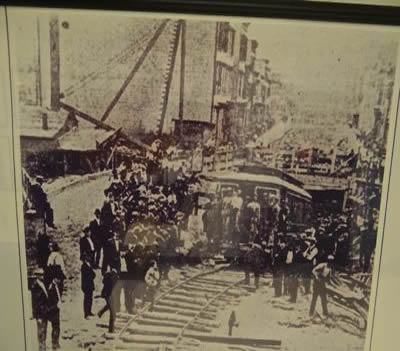 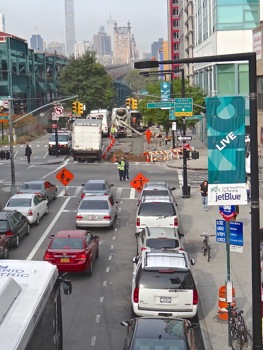 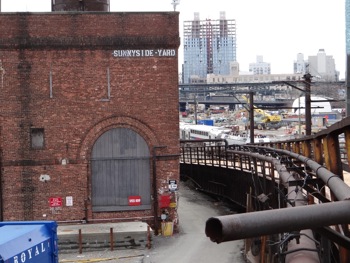